Impressionism is often considered the first modern art movement. Both the emerging science of color theory and the new technology of the film camera significantly impacted the philosophy and work of these artists. Our Wish You Were Here Art Kit To Go is inspired by Impressionism and the Science & Technology that inspired it!

Impressionists were interested in advances in optics and color theory. They experimented with juxtaposing complimentary colors, a scientific concept known as simultaneous contrast. You can see this in Monet’s Impression Sunrise: 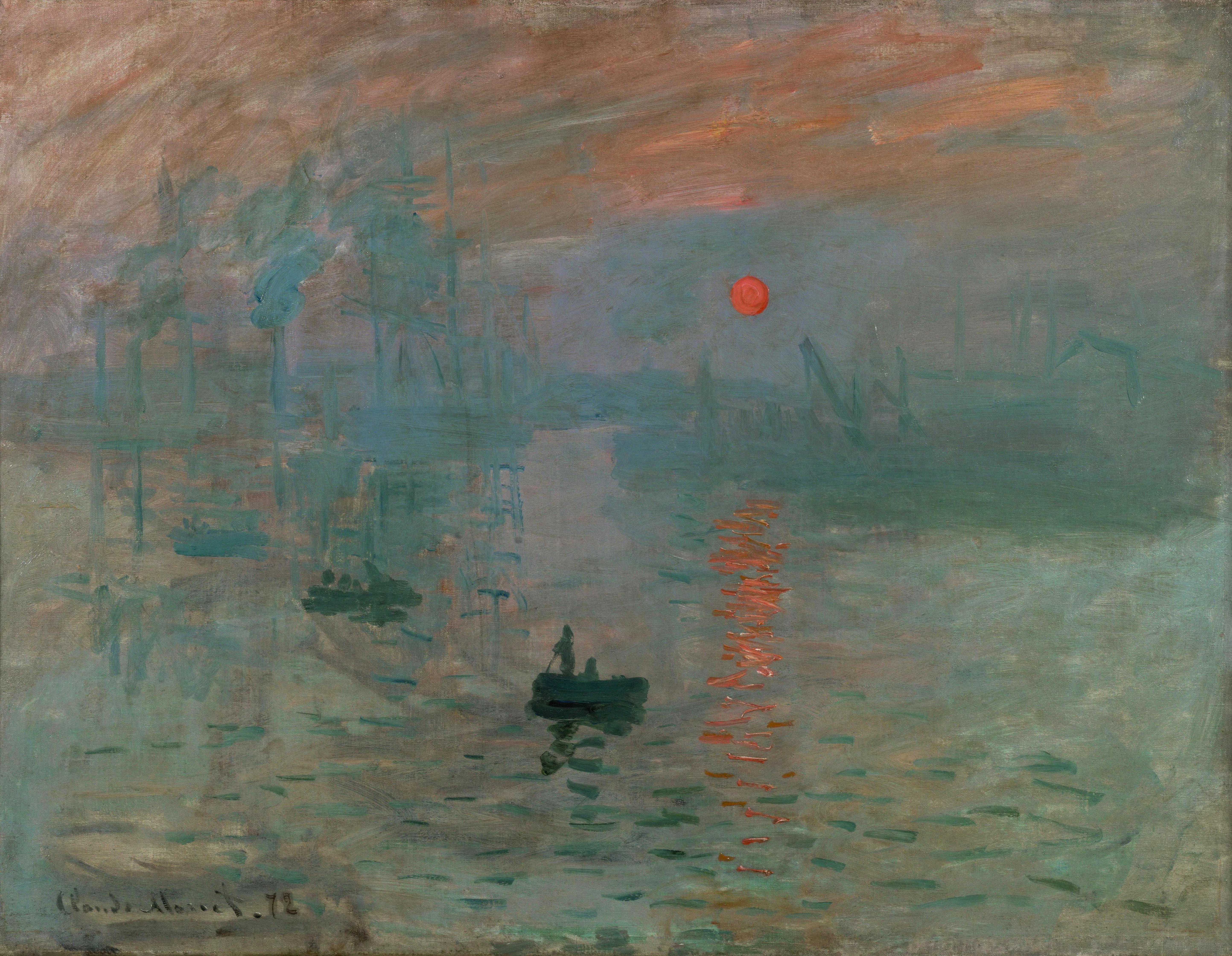 Do you see how the red orange sun and its reflection in the water below seem to be lit from behind? This shows how simultaneous contract – where the cool blue is juxtaposed with its opposite warm orange – can create the illusion of light emanating from the paint on the canvas. We can thank Michel Eugène Chevreul for inspiring this bit of artistic magic. In the mid 19th Century, he defined what is known as Simultaneous Contrast while working as the Director of Dye Works at Gobelins Manufactory where he was receiving complaints about the inconsistency of black dyes when used with varying colors of blue.

Capturing the fleeting effect of the moment

Impressionists were captivated by the new technology of the film camera. They connected their study of light and movement to that of the camera’s interdependency on light, and its ability to capture a moment in time in a way that art had not tried to do in the past. The camera could capture a moment in everyday life. A camera worked best in natural daylight. Because early cameras required a long exposure time, any movement was reproduced as a blurred element in the photograph. You can see these same principals in the work that Impressionist art is known for. In this painting by Berthe Morisot, you can see how movement and light is captured in color choices, brush strokes and composition:

The Artist’s Daughter Julie with her Nanny by Berthe Morisot

Art, Science & Technology have always been and will always be interconnected disciplines. Art is influenced by discoveries in science, and frequently scientific pursuits are first endeavored to solve a problem presented by an artist’s need. As you explore your world, I challenge you to see through this double lens. Be an artist. Be a scientist. See what magic you can uncover!

These are some of our favorite things!